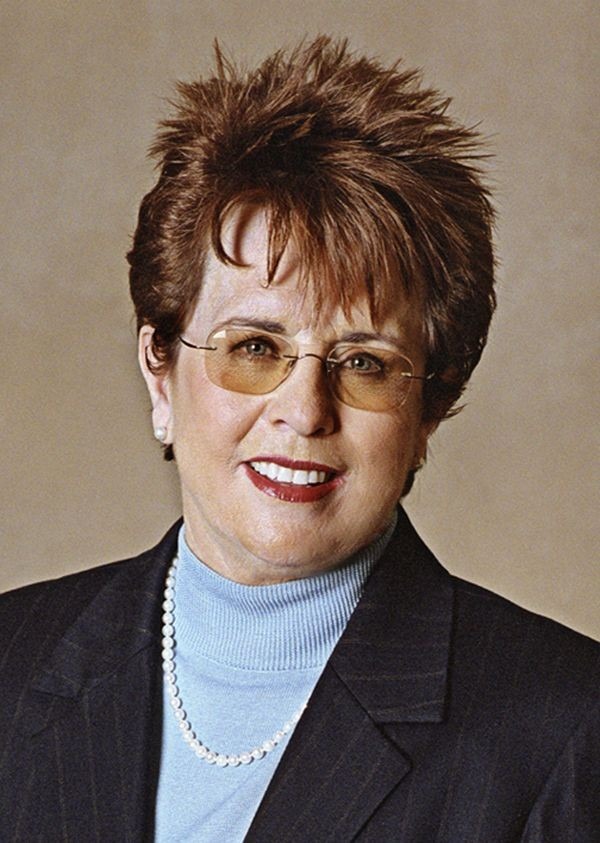 Billie Jean King has left a lasting and indelible mark on the game of tennis. She won a record 20 Wimbledon titles, won the US Open four times, and won titles in the French and Australian Open. She is the only woman to win US singles titles on all 4 surfaces, and one of only 8 players to hold a singles title in each of the Grand Slam events. She was ranked No. 1 in the world five times between 1966 and 1972, and was in the top 10 a total of 17 years. As a coach, Billie Jean led the U.S. squad to four Olympic medals, four Fed Cup titles, and became the first woman to coach a professional team with men when she served as player/coach for the Philadelphia Freedoms of World TeamTennis, which she founded. As one of the most illustrious and celebrated tennis players in history, Billie Jean is recognized for spearheading the women’s movement in tennis and for her life-long struggle for women’s equality, brought to the world stage when she defeated Bobby Riggs in the Battle of the Sexes in 1973, one of the greatest moments in sports history. In 1990, Life magazine named her one of the “100 Most Important Americans of the 20th Century”. In 1994 she ranked No. 5 on Sports Illustrated’s “Top 40 Athletes” list for significantly altering or elevating sports in the last four decades. In 1998, Billie Jean became the first athlete to receive the prestigious Elizabeth Blackwell Award, given by Hobart and William Smith College to a woman whose life exemplifies outstanding service to humanity. In February, 1999, she was awarded the Arthur Ashe Award for Courage for her fight to bring equality to women’s sports. In 2003 Billie Jean received two of the tennis world’s highest honors. She was awarded the Philippe Chatrier Award, the International Tennis Federation’s highest honor, recognizing individuals for their contribution to tennis, and was one of six inaugural inductees into the Court of Champions at the USTA National Tennis Center. She is a member of the International Tennis Hall of Fame, the National Women’s Hall of Fame, and is the founder of the Women’s Tennis Association and the Women’s Sports Foundation. Billie Jean remains active in a number of important causes, serving as a director on several boards including the Elton John AIDS Foundation, Women’s Sports Foundation, and Billie Jean King WTT Charities. Her place in tennis has certainly been secured as one of the all time greats.