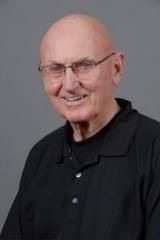 Dave Muir is a USPTA Master Professional and has been on the Chicago area coaching scene for over 60 years, and has taught over 10,000 people to play tennis. Dave has coached some of the top teaching pros in the Chicago area today, several national champions, and Illinois High School Champions. During at least one school season, he was the personal coach of the winners of both the Boys’ and Girls’ Illinois State High School Doubles Championships. Always gracious on and off the court, Dave is noted for his mental and psychological coaching abilities, providing his players with great strategic advice and finding the best way to motivate and inspire them. Dave is a certified high performance coach and holds a Level 1 & 2 USTA Sport Science Certificate. He continues to be an integral part of the local USTA Competition Training Center Program, being a CTC coach for the last 20 years. Dave’s many positions include President of the Midwest USPTA 1962-1966, USPTA National Board of Directors 1965-1974, USPTA National President 1970-1972, CDTA Board of Directors 1968-1970, CITA Board of Directors 1970-1976, Tournament Director 1973-1980 including the National USTA Boys’ 12 Indoor Championship, and Head Coach of the USTA Competition Training Center at Homewood-Flossmoor from 1988-2009. Dave was inducted into the Midwest Professional Tennis Association Hall of Fame in 1991, and in 2005 was named the CDTA Coach of the Year. Dave is a highly accomplished tournament player, winning 11 National Doubles Championships. In addition to his talents as a coach and a player, he built one of the first indoor tennis clubs in the business, authored a book titled “Congratulations Pro”, originated the Pro Penn tennis ball, and has patents on numerous inventions including a revolutionary tennis center strap design. In 1998 the Chicago Tennis Patrons established the Dave Muir Scholarship Fund to honor Dave’s years of teaching, coaching, and mentoring others in the game of tennis. Dave has made an impact on tennis in Chicago as well as on each and every one of his pupils, partners, and business associates.