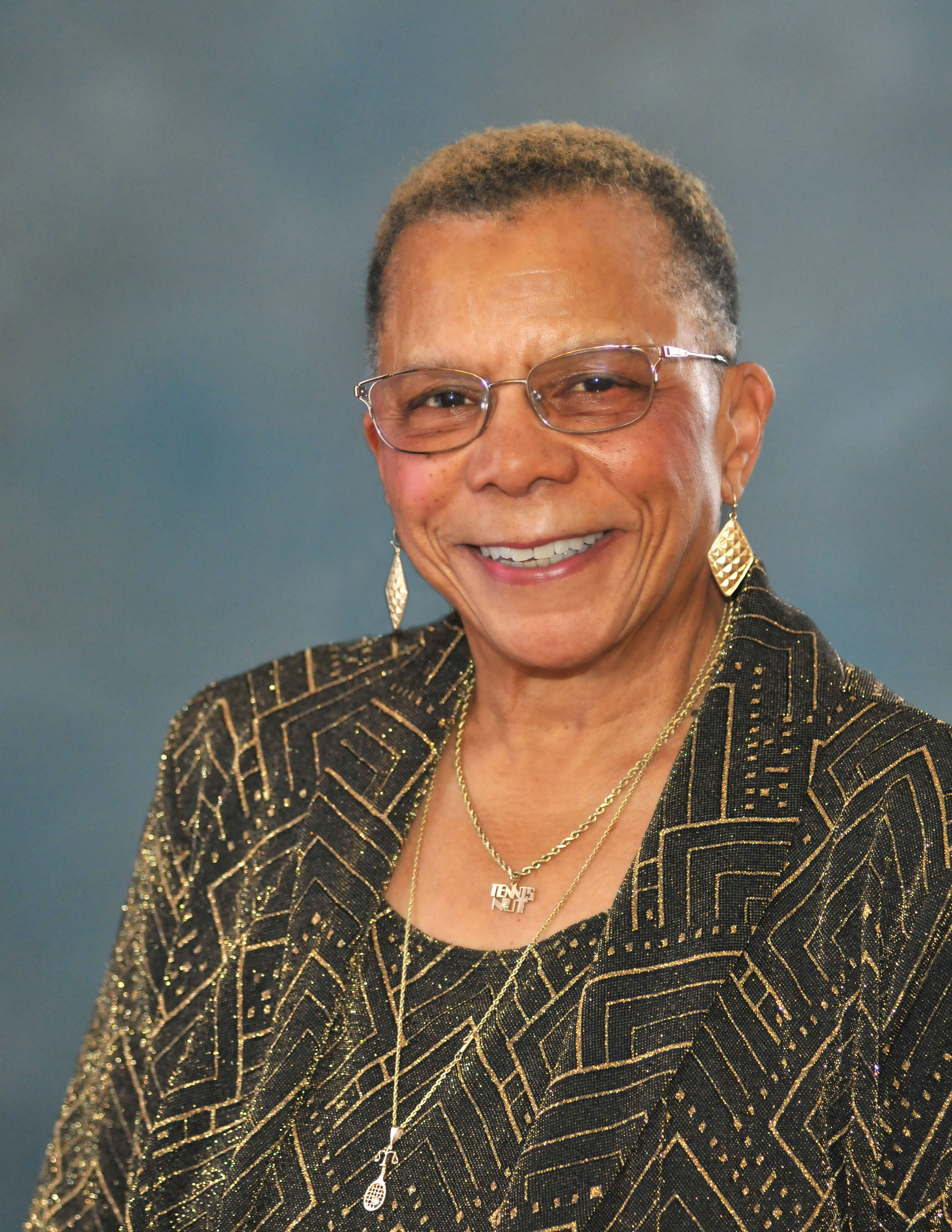 The Chicago Tennis Patrons is thrilled to reward and recognize the invaluable and innumerable contributions of Julia Steele and her impact on the growth, reputation, and character of the sport of tennis in Chicago over the past four decades. Julia Steele is one of the best ambassadors of the game that we have in Chicago and throughout the Midwest Section.  She is selfless and tireless in her commitment to the game generally and to the African-American community specifically.

She is the recipient of numerous awards of recognition and appreciation for all of her work in tennis, education, and service to her community.  This includes the 1995 and 2009 Volunteer of the Year award and 2003 Tournament Director of the Year award from the Chicago Tennis Patrons. Other titles include the University of Chicago Blum Kolver  “Teacher of the Year” and “Alumni of the Year” from Livingstone College. Also, this is not her first Hall of Fame induction, as she was inducted into Wendell Phillips High School’s Hall of Fame in 2006.

The amount of time she devotes to tennis volunteerism is staggering.  For many years, she spent entire weekends as the endorser for the CDTA qualifier.  She also has spent and continues to spend entire summers running tournaments on behalf of the many community tennis associations she supports.  In addition, she has raised and continues to raise money for the Chicago Tennis Patrons, Chicago Prairie Tennis Association, Midwest Youth Tennis and Education Foundation and most recently for the Richard Bradley Scholarship.  Frankly, without Julia’s perseverance and dedication, that scholarship would not exist.

Violet Clark notes, “Affectionately called “Miss Steele,” Julia is that person that all of the children (including me) do not want to disappoint.  She has mentored many and she encourages all. Julia inspires us all to do our best and be our best and to serve others with whatever gifts and talents we have.  She is the heart and soul of all things tennis and of life in our community. We are grateful to her for everything she has done for all of us.”