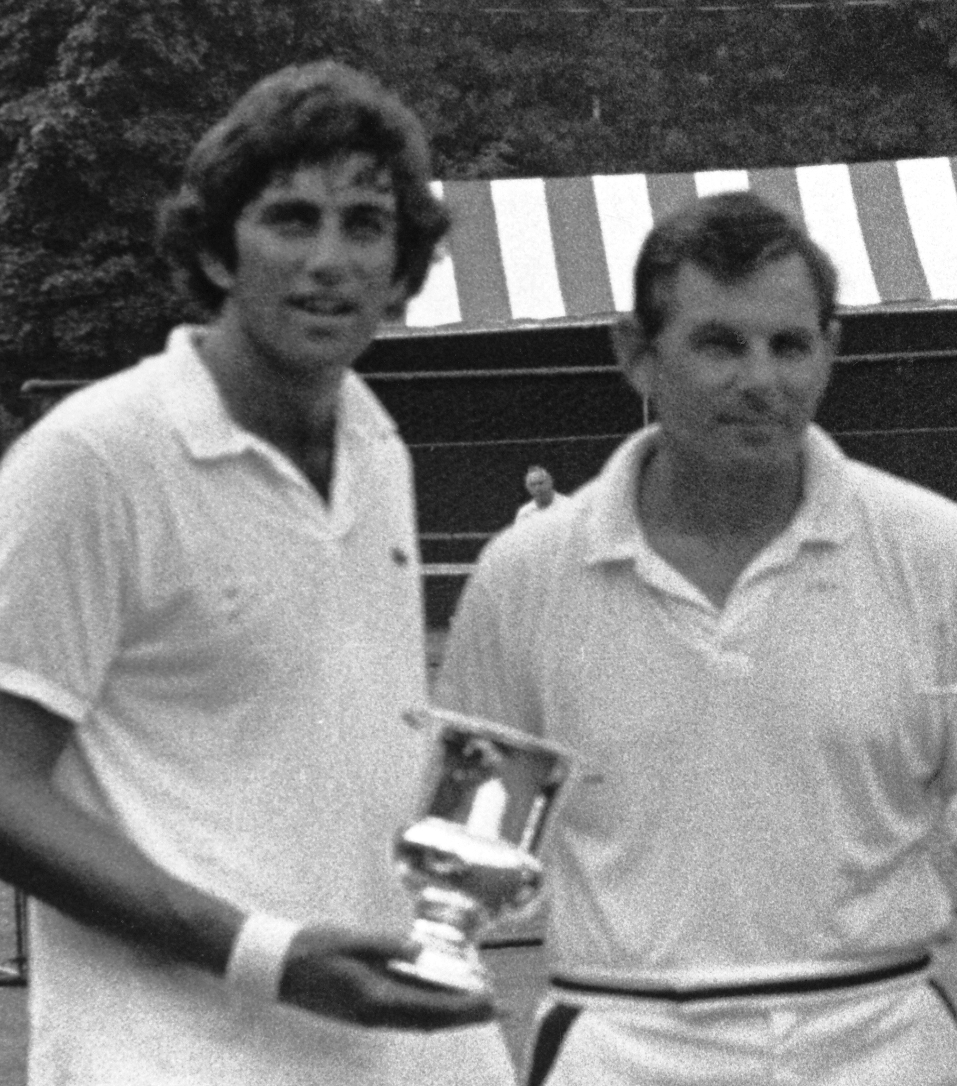 Dick, Jerry, Brett and Becky have had an amazing career in the Father & Son, and Father & Daughter divisions at the USTA National level.

Jerry has served at the New Trier High School Varsity Girls’ Tennis coach since 2001, with a three year hiatus from 2009-2011. He was named the Illinois State High School Girls’ Coach of the Year in 2002 and 2004.  Jerry is the tennis director and part owner of the North Shore Racquet Club which is the oldest and longest running private indoor tennis facility in the Midwest.  He has coordinated a tennis camp for the past 37 years at his local high school alma mater.

During his junior career, Jerry was the Illinois High School State Singles finalist in 1969 and 1970. During his collegiate career, Jerry was a member of the University of Michigan tennis team from 1971-1975, named and All-American, served as team captain, and named to the All Big Ten Team.  He received the University of Michigan Fielding H. Yost Award for leadership and athletic/academic excellence in 1975.  Jerry finished as an NCAA doubles semi-finalist in 1975 before being ranked as high as No. 100 in doubles and No. 300 in singles in the world, playing at Wimbledon, the French Open and the US Open during his career.