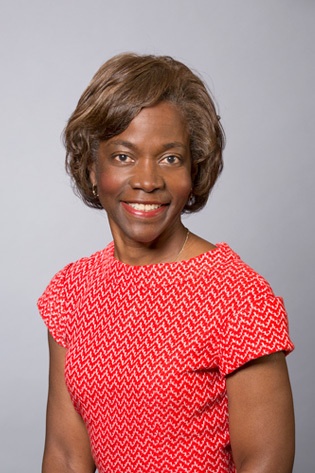 Violet served on The Board of Chicago District from 1997 until 2007. During that time she served as Treasurer, 2nd Vice President, 1st Vice President, President and Immediate Past President.

Violet was the 47th CDTA President since 1915, the 4th woman and 1st African-American to serve as President.

During the time she was on the Board, she served on the Budget & Finance Committee as Chair, Public Parks/NJTL Committee Chair, Qualifier Site Director/Volunteer and Nominating Committee Chair.

Violet also served on the Chicago Tennis Patron’s Board from 2002 until 2012.

Violet served on the Board of Directors of the USTA/Midwest Tennis and Education Foundation from 2007 – 2020, in several roles including Vice President and President.

Violet was elected to the USTA Board of Directors beginning in 2018.  Violet currently serves as a Vice President.  Prior to that and beginning in 2007, Violet volunteered with USTA National from 2007 until the present. During that time she served on the Collegiate Committee, Junior Competition Committee, 10 and Under Tennis Committee, Community Tennis Association Committee, and Strategic and Creative Planning Committee.

In December 2007, Violet along with Meghan Schmidt, founded the Friends of Chicago International Charter School Tennis which is a Community Tennis Association. Over the years, Friends of CICS Tennis has sponsored after school tennis programs at CICS campuses including CICS Prairie, Basil, Avalon, Wrightwood, Bucktown, West Belden, Longwood and Lloyd Bond.

Another program of Friends of CICS has been South Side Junior Tennis Camp. Since 2012, South Side Junior Tennis Camp has provided a 10 week beginning tennis camp experience for more than 350 children at the University of Chicago Lab School tennis courts in Hyde Park. Several of our campers have been awarded scholarships by TOP and USTA/Midwest Tennis and Education Foundation to further their tennis aspirations.

Violet was a long time member of the Board and eventually the President of The Board of Love to Serve Tennis and Education Foundation.

Violet was a tennis mom of three beautiful girls before becoming a tennis volunteer. It began with Adrienne as she began playing tennis with Love to Serve. Camille and Gabbie followed her. All played Midtac and ATA tournaments and achieved USTA Midwest ranking and in Camille and Gabbie’s cases National rankings. Gabbie went on to be the first African American female to win a NCAA individual championship (DIII) in any Division. She was a two time winner. And yes, Violet does play tennis as well as running 5k races for charity.